There are many Reiki symbols that have already been revealed and each of them is thought to possess a unique vibration of energy.

At one point, they didn’t have any names and were simply numbered from one to five. But later on, each one of them stood for something and here they are.

The first is called Cho Ku Rei and is referred to as the Power Symbol. In simple terms, this means, “put all the power of the universe here.” This allows the user to draw energy from the surroundings so you can focus it where you want it to.

This can be used for aid in manifestation, cleanse negative energies, empower other Reiki symbols, for spiritual protection, spot treatments, and seal the energies after the treatment.

Next is called Sei He Ki also known as the Mental Emotional symbol because it helps those who are suffering from an emotional or mental imbalance.

Sei He Ki means “God and Humanity Becomes One.” This enables the person to find activate Kundalini during meditations, balance between the left and right side of the brain, bring harmony and peace, cleansing, improve one’s memory, clear blockages and aligns the upper chakras, provide psychic protection, remove addictions, bad energies and negative vibrations.

Third is called Hon Sha Ze Sho Nen. This is a distance symbol that is used to enable the Reiki channel to be able to channel Reiki at a distance regardless if this event happened in the past, the present or the future.

This is an aggregate from the 5 Japanese kanji namely; source, origin, person, right or just, correct certainly and thought or idea. It is also know as a Buddhist chant which means right consciousness is the root of everything.

The fourth symbol is the Tamarasha. It is a basically a balancing and unblocking symbol that may ground and balance energy.

The fifth and last symbol is known as DaiKoMyo that is used to initiate a student to various initiatory Reiki degrees. This is considered to be the most powerful symbol and can only be used by Reiki masters.

This symbol is used t heal the soul since it deals with the person’s spiritual self that can cure a disease or illness from the original source in the aura or energy fields. It can also provide enlightenment and peace as it allows the person to become more intuitive and psychic.

Each of these symbols are activated by drawing them in the palm of your hand, visualizing it or spelling the symbols’ name three times. Then this is placed or drawn on the client’s chakra, hands or wherever this should be treated.

Symbols have power and if you can’t remember how to right it correctly, try recalling the alias because this can also be used to harness that energy. With practice, you will no longer need to remember how they look because you will be able to harness it when needed.

Now that the Reiki symbols have been revealed, you will now be able to use them. Just remember that it is the intention that really matters because as mentioned earlier, each of them are used for various things.

And using the right one is the only way you will be able to solve a problem whether it is physical, mental or psychological.

This site uses Akismet to reduce spam. Learn how your comment data is processed. 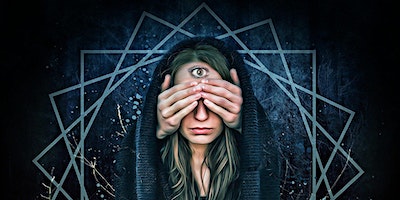